Get a Quote


Are Your Sunroof and Moonroof in Good Shape?

A sunroof is a wonderful option for your car especially in sunny Tampa! Having natural light and fresh air in your vehicle is just grand. Whether you love them or you don’t, chances are your vehicle might have already had it just like 37 percent of all vehicles sold in the US. It’s an increasingly popular feature.

Now imagine your car’s sunroof is damaged or just misbehaves. If it is stuck in the open position, the opening above your head can let rain to leak into the salon. It is also a security issue allowing vandals or car thieves into your vehicle.
Collisions, falling objects and other mishaps can easily damage the glass panels. When you have this problem with your sunroof it’s our job to fix it for you.

Sunroofs come in different shapes, sizes and styles. Although the initial idea of sunroof was that of retractable metal panel, another variation that soon became popular was retractable glass pane which came to be known as moonroofs.

Folding Sunroof: it was a very popular luxury add-on for older generation cars long before glass sunroofs were available. Made out of cloth, they offered a convenient alternative to a convertible.

Pop-up Sunroof: These became a popular manual option in the 1980s on sports cars such as the Mazda RX-7 and Toyota Celica. They were transparent but they did not slide and acted as a pop-up vent.

T-tops and Targa Tops: Yep, they are also “sunroofs”! T-tops consist of two removable roof panels connected to a support beam running down the middle of the car. A targa top has just one such a panel and no support beam.

Sliding Sunroof: A sliding sunroof is the most popular type of sunroofs on cars today. Sliding sunroofs are electronically operated by a switch inside the vehicle.
The glass panel may slide back into the roof of the car, or it may slide up and back at an angle on top of the roof. They also often feature a sliding sun visor on the inside to block direct sunlight when sunroof is closed.

Panoramic Sunroof: Once seen only on luxury automobiles, these extra-large pieces of glass are now seen in basic models as well. Panoramic sunroofs allow for massive amounts of light, air, and views of the sky. Back seat passengers can enjoy it too. Some vehicles even have dual sunroofs so back seat passengers can operate their own sunroof independently. 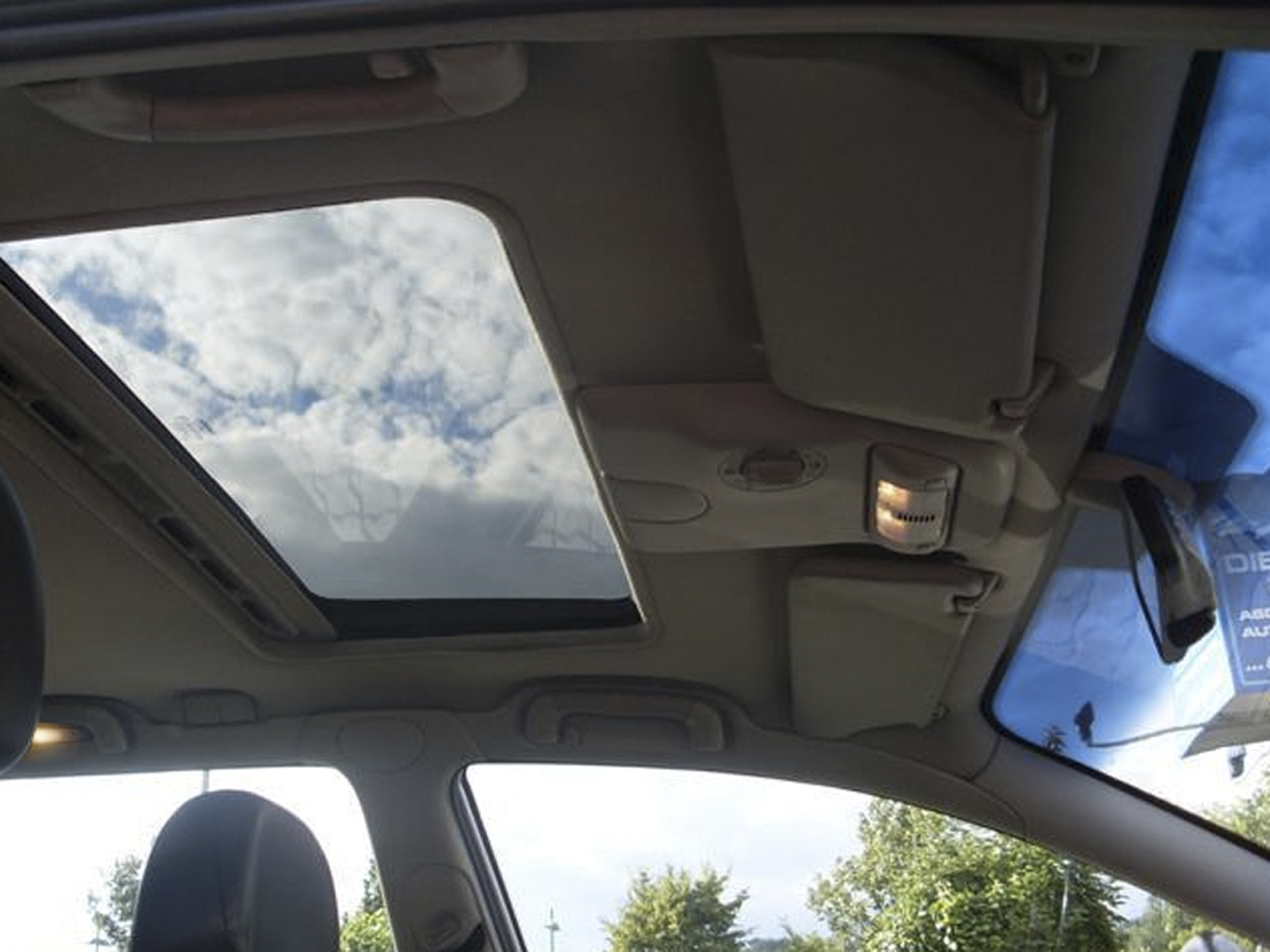 With age through normal wear and tear, your sunroof can start leaking or stop working correctly. The reasons for that include broken motors, malfunctioning tracks, blocked drainage, and chipped or shattered glass panel.

Sometimes flying road debris, a rock, or a tree branch can break the glass. With that dust and rain can get inside the vehicle ruining its interior, distracting the driver and making operation of the vehicle with a damaged sunroof hazardous and unsafe.

Signs that your Sunroof needs Repair

It might not be obvious that your -sunroof should be repaired but there are a few signs to watch out for:

Leaking sunroof:Any amount of moist around your sunroof enclosure frame is definitely a sign that something is wrong.

Strange sounds: Any strange sounds when you close or open your sunroof (or moonroof). Knowing what is causing it is difficult without an technician having a good look at it.

Incomplete closure or opening: This is a sign of a much bigger problem just around the corner. Act immediately or much bigger repairs will be inevitable.

Ready To Get a Free Estimate?